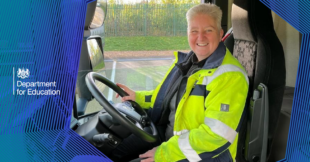 Apprenticeships are a brilliant option for people of all ages to launch their careers in a huge range of exciting industries or upskill at various levels and be paid for it.

The National Apprenticeship Awards – hosted by Steph McGovern on Wednesday 30 November – was the perfect opportunity to showcase and promote the value of apprenticeships for people at all stages of life, and all they’ve achieved as a result.

Here are the highlights from the awards and a reminder of how you can become an apprentice.

What were the highlights of the awards?

Apprentices from a range of sectors including digital, hospitality, manufacturing and engineering were recognised at the awards, with Umayr Tanveer, a Software Engineering Apprentice at BT, being presented with this year’s Special Recognition Award.

Another example is Julia Jones, a commended finalist and regional Apprentice of the Year. Julia started work at Waitrose, moved on to a petrol station and then became an assistant team manager. However, Julia always had a burning passion to become a lorry driver and thought she had missed her opportunity to retrain.

However, with thanks to the diversity of apprenticeships, Julia, at 50, is an Apprentice LGV Driver at John Lewis – living her dream.

If becoming an HGV driver is your thing, you can find out more here: How can I train to become an HGV driver? Your questions answered - The Education Hub (blog.gov.uk). But remember, it doesn’t matter what stage of life you’re at – apprenticeships are for everyone.

How can I become an apprentice?

So, if you are interested in becoming an apprentice, here’s: Five reasons why you should consider an apprenticeship - The Education Hub (blog.gov.uk).